The United States Department of War acquired 42,073 acres of land located in Grenada and Montgomery Counties in the early 1940’s for an infantry training facility.  Initially designated the Grenada Triangular Division Camp, the training facility was renamed in honor of Major General Henry Pinckney McCain.  Major General McCain was a native of neighboring Carroll County, known as the father of the Selective Service.

Camp McCain housed over 7,700 German prisoners of war through 1946.  Satellite camps were developed throughout the Mississippi Delta to house the POWs and allow them to work in the cotton fields. On October 15, 1944, the Department of War closed Camp McCain and declared its property surplus.  Its land and buildings were offered for sale to the public, and its buildings were removed.  Some of Camp McCain’s buildings and equipment found their way to college campuses or small towns.

Since 2001, Camp McCain has supported units preparing to fight the Global War on Terrorism.  In 2021, Camp McCain received Joint National Training Capability certification as part of the Mississippi Joint Forces Training Center.  It continues to support training for units of all military branches and various non-DoD entities.  Camp McCain annually supports training of over 60,000 Service Members and non-DoD personnel, who support national defense and domestic operations. 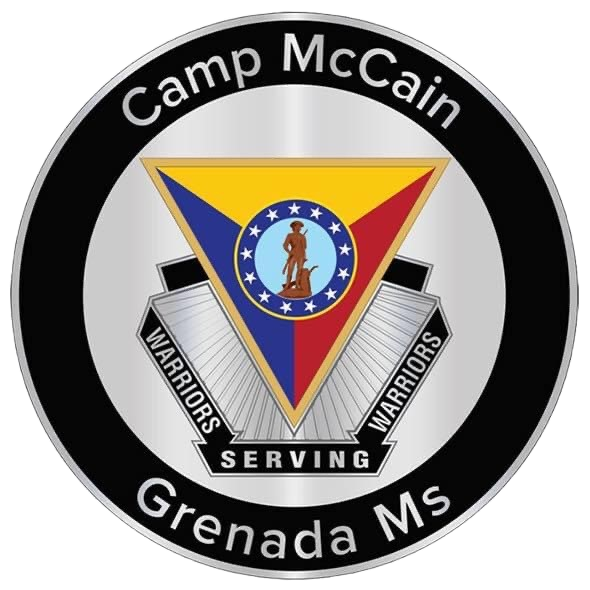